Insect bites and stings usually cause little harm unless there is a severe allergic reaction.

Insect bites and stings usually cause little harm unless there is a severe allergic reaction, multiple stings or stings to the head and neck area - these require immediate medical help. Remove a tick by grasping it with tweezers as close to the skin as possible. All scorpion stings, and any spider bite where you aren't sure if the spider is dangerous, should be treated as a medical emergency. Avoid bites and stings with measures like wearing shoes and protective clothing outdoors.

Mosquito, bedbug and flea bites are the most common insect bites, and, although bothersome, usually cause little harm. Note that in certain endemic areas, mosquitoes can transmit malaria. Bee and wasp stings are common during summer.

Symptoms and signs of insect bites and stings

These include itching or stinging, redness and mild swelling generally confined to the bite or sting site and that disappears within a day or so. For some, especially children, the swelling and redness may extend beyond the sting site, be more pronounced, and last two to three days.

A few people are allergic to insect bites or stings, and may experience additional symptoms such as itchy bumps or swelling in other parts of the body. Severe symptoms include difficulty breathing, swelling of the face and tongue, dizziness, confusion, nausea, cramps, rapid heartbeat.

Get immediate medical help if:

For minor bites and stings:

Call a doctor if:

Ticks are arachnid parasites that embed their heads in the skin to feed on blood. They range are usually found in the veld and on domestic animals. Tick bites are more common during spring and summer. They seldom lead to serious problems but some ticks may transmit organisms which could lead to illnesses, such as tick bite fever.

If you've been outdoors, check your whole body for ticks. If a tick is found, remove it immediately: grip it with fine-tipped tweezers as close to the skin as possible and pull it out in a straight line - don't jerk or twist. Make sure the head is also removed. If the head remains behind, it could cause a small necrotic ulcer ('veld sore'). Save the tick in a container in case you develop a tick-borne illness and tests need to be done. Wash your hands and the bite site. Apply an antiseptic cream.

Call a doctor if:

Only a few species of spiders are dangerous. In South Africa, the button, sac, violin, six-eyed crab, black widow and brown widow spiders cause the most harmful reactions. Spider bites may produce a reddened wheal and an ulcer and in serious cases could lead to intense pain around the bite, sweating, muscle cramps, fever and difficulty breathing.

All scorpions found in South Africa are venomous but only the stings from the Buthidae family (thick tails and thin pinchers) can be fatal. Symptoms include intense, burning pain, numbness and tingling across the body, nausea, vomiting, stomach pain, blurred vision, slurred speech, difficulty breathing or swallowing and shock.

Prevention of bites and stings 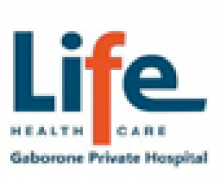